or send us an email. 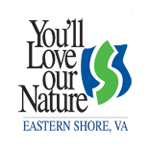 Historic Cape Charles on the Eastern Shore of Virginia

At the Southern tip of the peninsula Cape Charles beckons as it recaptures the glory of the town when the railroad literally beat a path to the bay and this Victorian beauty sprang up around it.

Whether passing by, spending the weekend, or staying for several weeks - old or young - adventurous or chill....you'll find the activities to suit your fancy.  Arnold Palmer and Jack Nicklaus golf courses, world class birding and fishing, and antiquing are just a few of the reasons people enjoy Cape Charles.

There are numerous options for the foodie in every visitor…local eateries, chic Cape Charles Coffee House and the relaxing and fun Kelly’s Gingernut Pub, just to name a few. There’s something for everyone in Cape Charles!

The Kiptopeke State Park lies on the west side of the peninsula and features sandy beaches, boat launch, fishing pier, trails and camping. It lies just three miles north of the National Wildlife Refuge.

The Eastern Shore of Virginia, one of the earliest colonized areas in North America, remained a seafood and agricultural region with scattered small towns until the 1880s. At this time, the land that became the Town of Cape Charles consisted of farmlands and wetlands. The construction of what is now the Bay Coast Railroad led to the evolution of the area from a small agricultural community to a bustling railroad town.  Read more on the Cape Charles town website...

were the first settlers who crossed the frozen northern landmass to North American 25 to 50 thousand years ago and continued southward to populate the Americas and the Eastern Shore. Here, their descendants and successors, the Occahancock and Accomack Algonquins, became stewards of a virtual Eden and struck a delicate balance with its fertile soil, clear streams, creeks  and bays and abundant wildlife.  Read more at the Eastern Shore of Virginia tourism website.